How did we become Europeans? What binds us together? What future keeps us together? This question has not been addressed through images – not only which images have circulated in Europe, are shared, and constitute a common imaginary museum, but also which images have had more influence than others, and how these images may have had this influence.
To answer these questions, it is necessary to propose approaches that only indirectly cross the usual European studies which have so far focused mainly on law and comparative law, law history, economic and social history, and sometimes literary history. It is necessary to bring together specialists in world history and global approaches, in the cultural history of Europe, in art history and visual studies, but also in cognitive sciences, digital humanities, and computer vision.

The team has started by focusing on illustrated periodicals, art journals, exhibition and auction catalogues, and advertising and political posters that circulated globally since the years 1900, on digital images circulating on social networks, as well as on the visual arts available from 1900 to the present. Most of these sources have been already digitized, but have yet to be studied on a comparative transnational scale. Press reviews, archival material, written testimonies will complete the corpus.

We will work, for the first year, on artistic images and styles: on which artworks circulated the most extensively in Europe, identify their authors, their social profiles, the role played by women and “peripheral” actors. We will identify which parameters influenced the circulation of patterns – i.e. what makes and has made a visual blockbuster, what some call “an icon” in Europe.

During the 2nd and 3d year, we will work on European Media Images in Globalization. Media are a rich source for understanding the broader diffusion of ideas through images in a century marked by imperialism, the World Wars, the Cold War and decolonization, as well as Climatic change and massive migration waves. Media images have also been essential in disseminating ideas that encouraged people to move beyond national considerations or to change consumption habits.

The evolution of representations of nature, through the presence or absence of animals and plants in images over a century; and through to the distribution of images of oil spills in European magazines then on the Internet, and their link with European ecological awareness.

European contemporary artists are also invited to the project. Bringing together research and artistic creation offers an original exploration of the overall results of the centre’s research. The latent space that results from our masses of images could be used to produce new forms, such as a hybrid work created by blending images by ‘peripheral’ European artist, or the invention of an image that responds statistically to all pre-requisites for a contagious image, etc. This prospective creation will also allow for a detached and critical evaluation of the technological presuppositions and methods used by the team. The challenge is to think about the world and globalization not only from a scientific point of view, but also from an artistic point of view, considering art as a process of reflection on the world and its parameters. 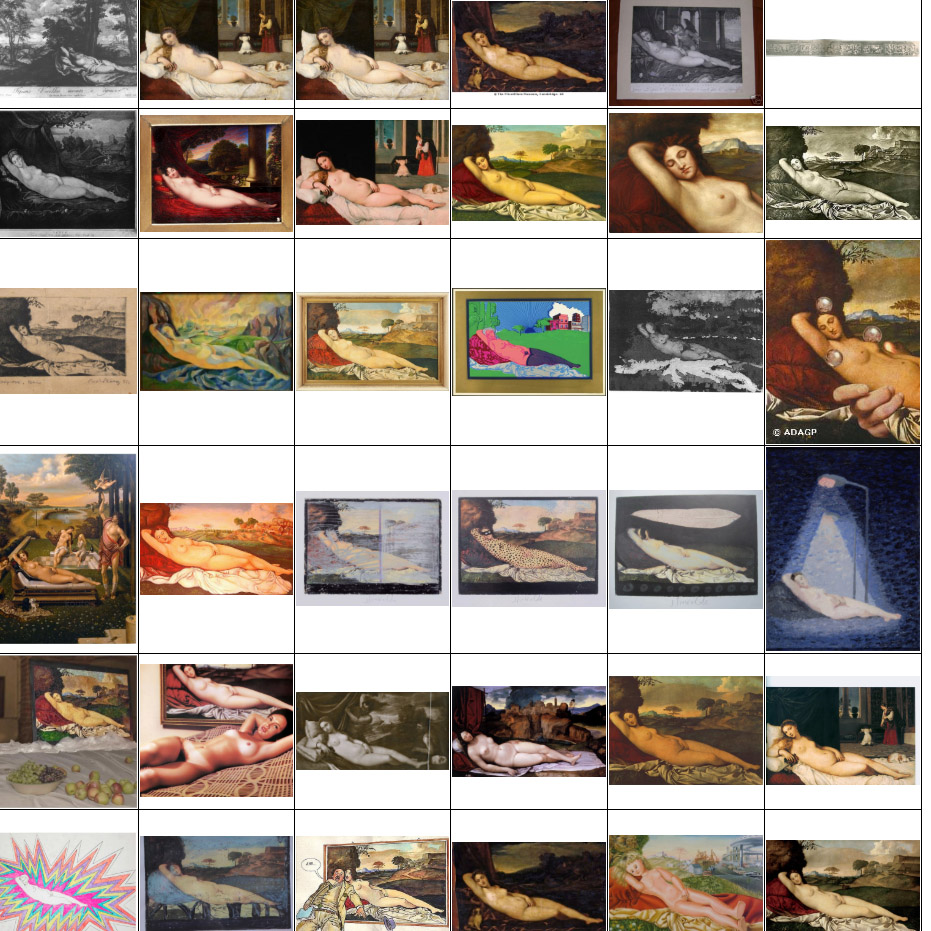